The (Sample) Size Matters mobile app is the brainchild of Dan Ariely and the Center for Advanced Hindsight. Their mission is simple – to better understand the behavioral differences and similarities of diverse populations around the world. (Sample) Size Matters helps them achieve this by increasing the size of their samples and collecting an abundance of data via “smartphone scientists” who use their mobile devices to complete missions, contributing to the Center for Advanced Hindsight’s global research efforts. 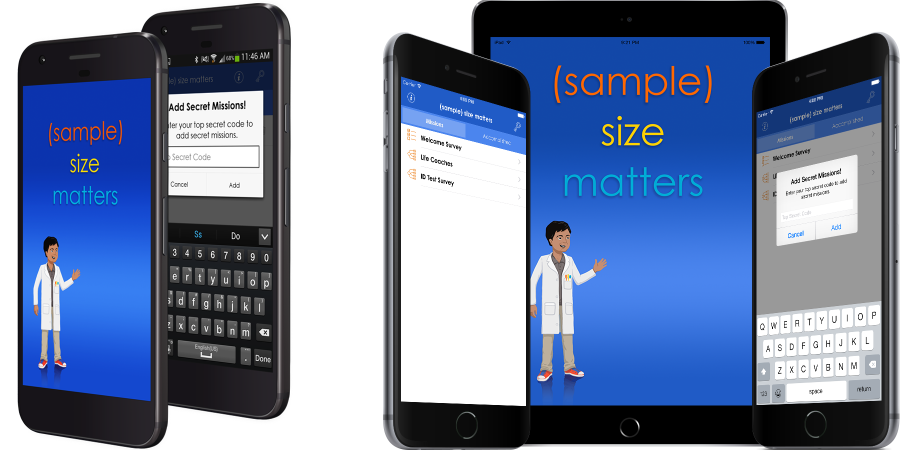 The original version of (Sample) Size Matters used a custom-made platform for survey creation, which enabled researchers at the Center for Advanced Hindsight to develop missions that they would then distribute to app users. However, the researchers were accustomed to using the Qualtrics platform to distribute their online surveys – and while they considered the app medium an appealing option, they found the burden of using two platforms to be too high, and thus unfeasible. The CAH sought to integrate the familiar Qualtrics territory with mobile technology, removing the duplication of effort and adding the powerful capabilities of Qualtrics into their app-based research. But the Center for Advanced Hindsight didn’t want to stop there. The researchers aimed to take full advantage of the mobile platform and invent new methods of data collection, from secret surveys that can only be accessed by select groups to activity tracking surveys that can track the decision-making of users over time.

Qualtrics, the leading research platform for survey creation and distribution, had just announced its new REST API to allow programs to interface directly with Qualtrics’ research tools. The CAH team embraced this opportunity to combine Qualtrics’ powerful survey creation, administration, and data collection tools with its existing (Sample) Size Matters technology, and Qualtrics was eager to partner with the CAH to stretch the limits of its new capabilities. Little Green Software was brought in to make this dream a reality.

Little Green Software first explored the feasibility of publishing surveys from Qualtrics to the (Sample) Size Matters app, as well as the application’s ability to send survey responses back to Qualtrics where data could be captured and stored. Once the team was able to successfully evaluate, confirm, and document the seamless integration of the Qualtrics API, the team began developing robust iOS and Android versions of the application.

In the second phase of the project, Little Green Software developed the CAH’s new feature requirements, which included app-server communication, secret code surveys, and multiple-ping survey capability, all wrapped up in a sleek, user-friendly design. The server was developed to integrate with Qualtrics’ expansive set of research tools, allowing survey administrators to manage data collection, security and user confidentiality, and enabling user access to surveys via secret codes. In just over five months, the Little Green Software team completed both versions of the app in time for beta testing. 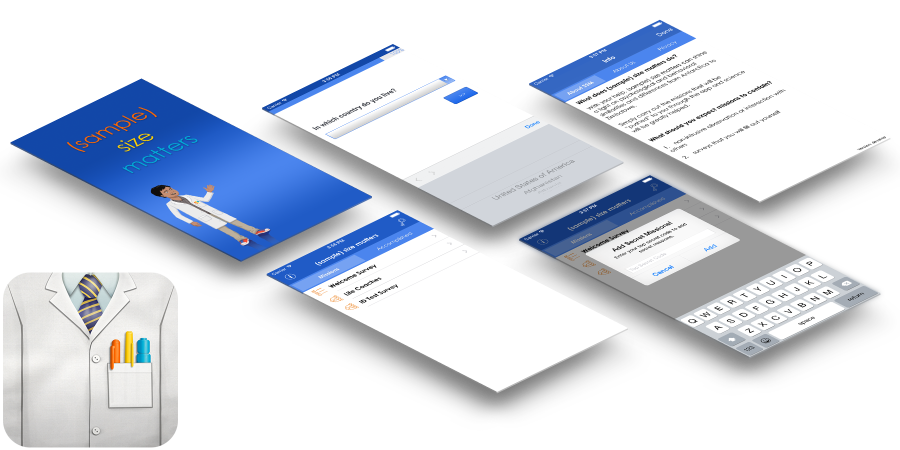 The Little Green Software team delivered a polished, production-ready server and application for both iOS and Android. The updated (Sample) Size Matters app enhances a user’s ability to easily jump into a survey with a single swipe from a push notification, increasing the probability of survey completion. When users open the app, they see all of the missions available to them in an easily accessible dashboard, and can add secret missions with proprietary secret codes. They can readily identify the type of survey (secret, single-ping, and multi-ping) with icons that appear next to each survey. Survey administrators experience a greater ease of use when distributing surveys, giving them control over everything from whether notifications are sent globally or locally to which group of users they would like to target, and giving them the reassurance that their data will be secure and accurate.

Prior to releasing the final app products via the App Store and Google Play, the CAH successfully completed beta testing to validate the application’s improved functionality and design. The app is now available worldwide for smartphone scientists everywhere!

What’s next? The Center for Advanced Hindsight decided it would be a shame not to make this technology available to others, and is currently working on creating strategic partnerships with other research-oriented organizations that will ultimately cultivate their own smartphone scientists.

If you’re interested in getting involved, send the SSM team an email at samplesizematters@duke.edu.